See how millions of reward options, no markups, and a powerful platform can transform your culture.
Get Started
DELOITTE INTEGRATION
Data-driven expertise for tax compliance on employee rewards. 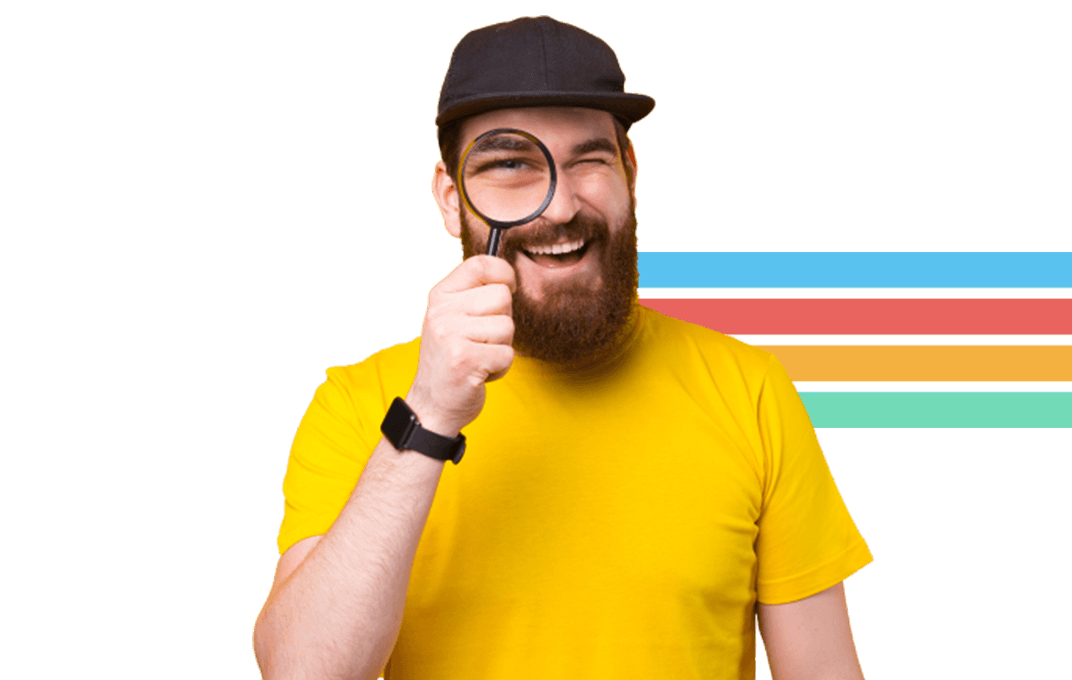 As HR professionals respond to the repercussions of the pandemic (more prevalent remote work, social tensions, and “the Great Resignation”) this year’s survey findings highlight leadership, participation, and reward choice as key players in making rewards and engagement more powerful.

Even though most organizations have some kind of recognition program, 81% of HR leaders don’t feel it’s very effective.

HR professionals have more influence than they realize to effect change with recognition—and it’s not about budget.
‍
Jump to Key Finding

Once a Year is Not Enough

Realizing the true potential of rewards and recognition means recognizing employees for more than anniversaries.

CHRO’s focusing on changing their organizational culture through rewards and recognition should:
‍

Recognize that employee recognition is an essential part of engagement, and that building a powerful program will benefit an organization’s ability to attract, train, and retain talent far into the future—even in uncertain times.

2. Invest in effort, not budget.

Avoid the pitfalls of using budget as an excuse for inaction. Data suggests money is not the primary barrier to recognition effectiveness. The majority of problems HR professionals may be facing are directly within their realm of influence.

Build a program that includes more than just service milestone awards. Recognition once a year is better than nothing, but leaders must recognize employees for more than surviving another year at their company.

People do a lot without getting a lot. 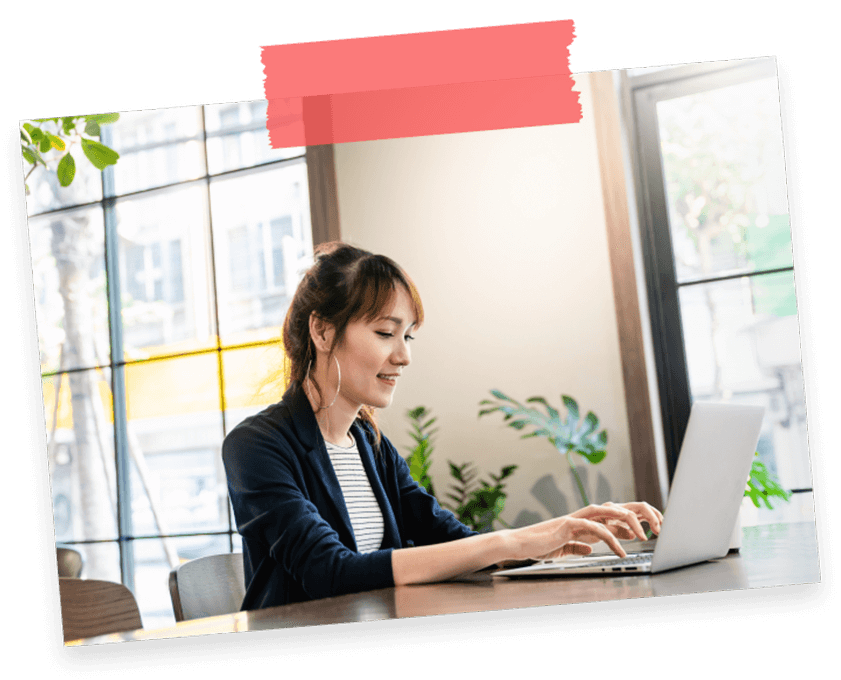 Even though most organizations have some kind of recognition program, 81% of HR leaders don’t feel it’s very effective.

There are many reasons why a recognition program may not be effective. Survey respondents noted many reasons as to why their programs aren’t as effective as they want them to be, and chief among these is the fact that 52% of HR professionals feel that recognition is not frequent enough.

Recognition frequency is an issue for many organizations. Most companies with any kind of recognition program at all only have a method of celebrating service anniversaries, which seems to be the most common form of recognition. In fact, 71% of HR professionals say their company has a service award program, and 74% say their organization recognizes employees once a year. It’s a good bet that one time is a service anniversary.

Adding to the issue of frequency is the challenge of finding rewards employees will value. 57% of HR leaders mention reward choice as their main roadblock. They may be recognizing and rewarding employees, but that communicated value isn’t getting through to the employees themselves. One Awardco client reported similar findings with lackluster awards from their previous reward vendor.

Over half of employees who were given traditional awards to celebrate their service anniversaries left those awards on their desk, or in the trash, when they retired..

Leadership buy-in also seems to be a perennial challenge for HR leaders. While recognition might be seen as valuable, it isn’t seen as a necessity by much of executive leadership. 50% of survey respondents said that they’ve encountered difficulty getting leadership to sign on, which shows how prevalent this issue can be. 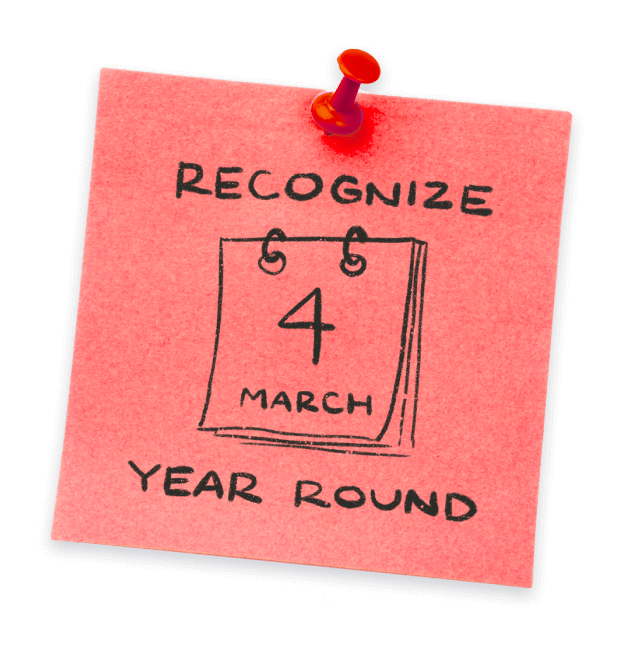 Do what you can.

HR professionals have more influence than they realize to effect change with recognition programs—and it’s not only about budget.

All too often leaders in any organization are fixated on monetary needs to push forward any initiatives. This is a deeply ingrained behavior learned over time, one that stems from oft-repeated challenges in gaining budgetary approval for anything but the bare HR necessities. It’s how business seems to work: almost nothing is free, and things that ARE free don’t provide the same return. Not true for recognition!

In looking at the most pressing issues that HR leaders experience when managing rewards and recognition programs, there is a common thread. Each one can be solved creatively without any need for more budget:

Survey employees and find out what items they would most value. Many services online offer free survey capability, and HR leaders can create something simple that employees can answer in a matter of minutes. Good information leads to good inspiration—and will help you make better decisions on where to direct the budget you already have.

Working within your existing recognition program, consider adjusting the emphasis put on recognition in manager trainings. Make sure managers understand the importance of recognition and what it can do for their teams (like boosting retention 63%). Recognizing managers themselves is a good way to kickstart adoption. Consider sharing that when managers participate in recognizing their teams there is a discernible business impact, not to mention they’ll likely find their teams are more cohesive.

#3: Getting executives on board.

A lack of executive support in recognition programs often stems from unclear or miscommunicated objectives. If leaders don’t understand the importance of recognition, or how it can impact their organization, they’ll be less enthusiastic about supporting such a program. If you’re encountering this in your work as an HR professional, consider revamping your program in small ways. Build a business case for how a refreshed recognition program will change the organization. 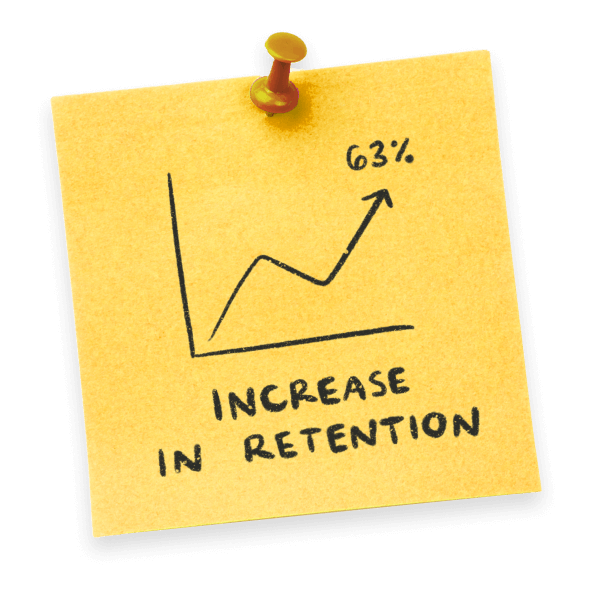 Leaders in any organization are not in their position to exclusively say no to all programs or initiatives proposed by managers. However, good executives certainly should say no to programs that waste company budget and resources on ineffective initiatives.

To that end, HR leaders can increase their effectiveness, and that of their programs, by auditing their current budgets and ensuring that the money is being used most effectively—and then showing those results through tracking and reporting.

A simple value-driven recognition program can show the repeated behaviors that are being displayed as a direct result of the budget they are spending on such a program.

This will show leadership that HR is dedicated to being efficient as well as helpful, and will increase the likelihood of future budgetary approvals. 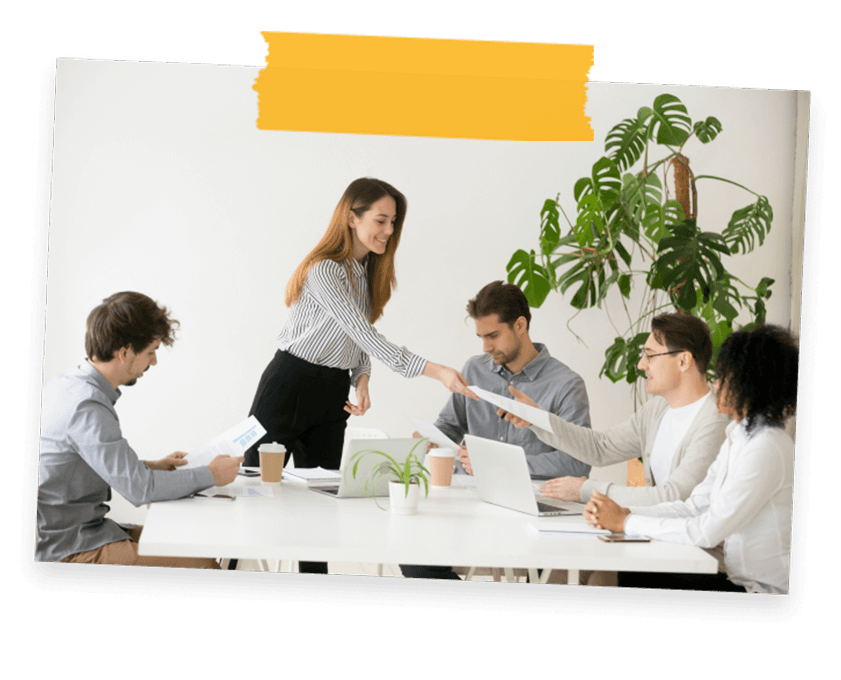 Retention is a year-round concern.

Leaders in the rewards and recognition space recognize employees for more than just service anniversaries, and provide reward choice that truly rewards.
‍ 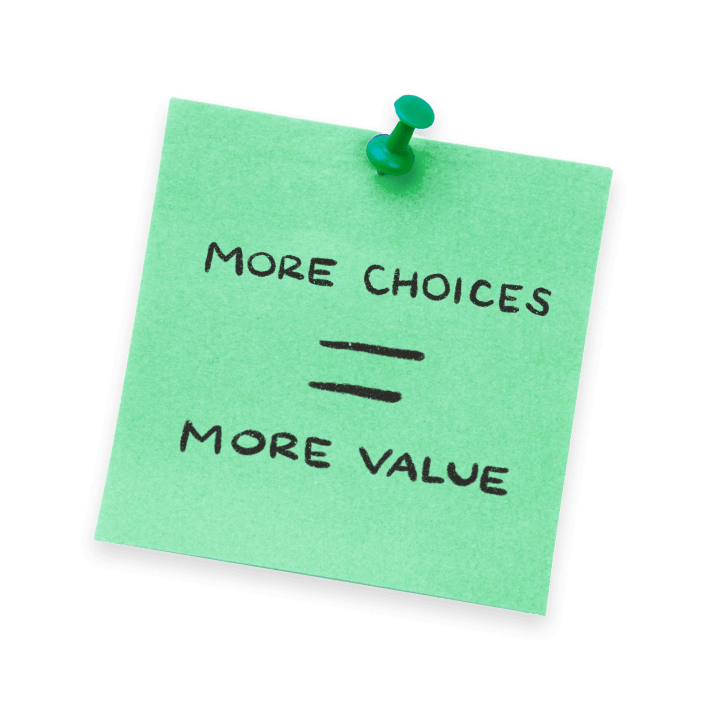 Furthermore, HR leaders with effective programs report offering rewards that employees value. In fact, organizations with the most effective rewards and recognition programs have employees that are less likely to say their reward options are lacking. The message is clear:

When considering other recognition programs, it can be easy to say that you just don’t have the time. Perhaps it may feel like there are already too many issues with your current program and introducing more than one program would merely decrease any effectiveness at all.

The data tells a different story, one that shows that organizations with more than one program actually experience 4X fewer issues pertaining to rewards and recognition. This includes negative feedback from employees, lack of leadership buy-in, and lack of overall effectiveness.

More recognition and rewards leads to less problems with rewards and recognition—and multiple recognition programs can be easily consolidated into one central management tool like Awardco. 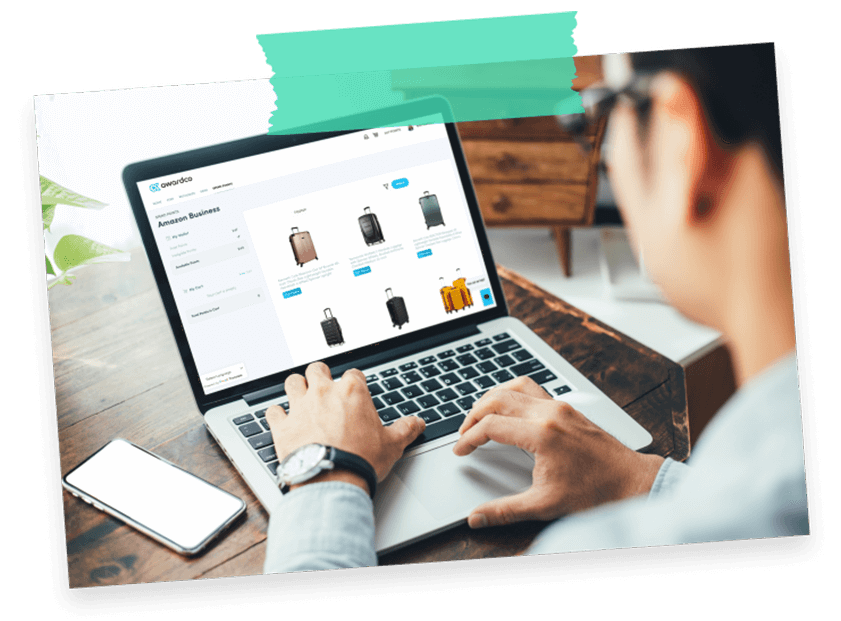 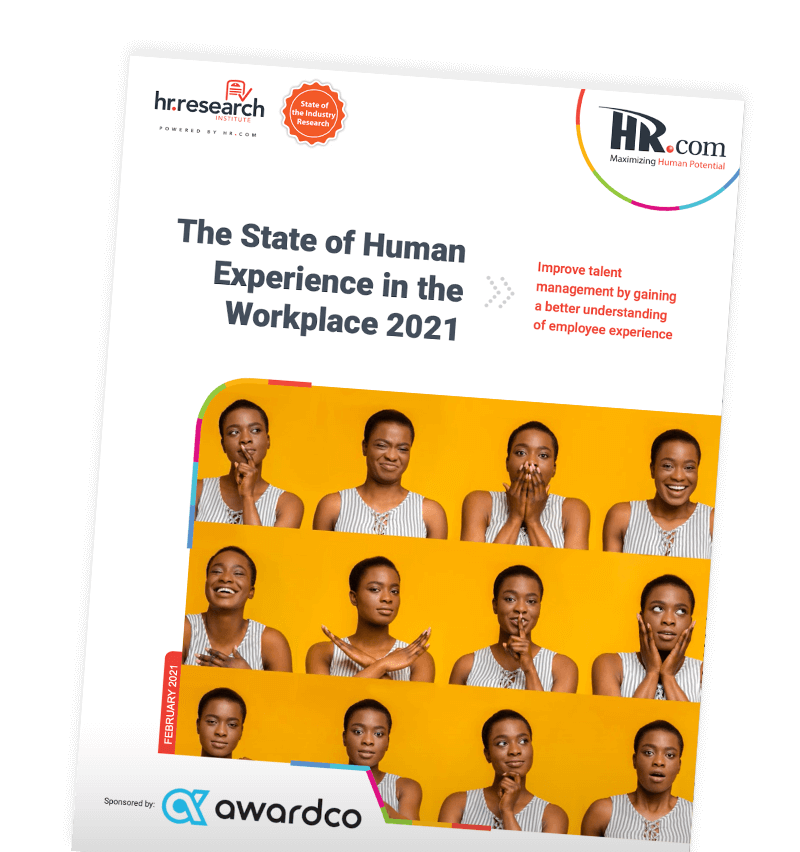 The State of Human Experience in the Workplace 2021 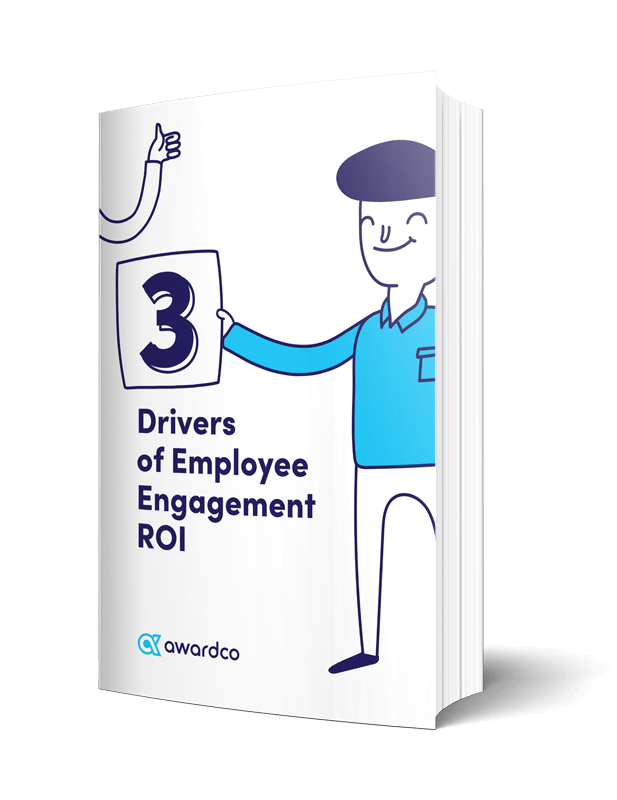 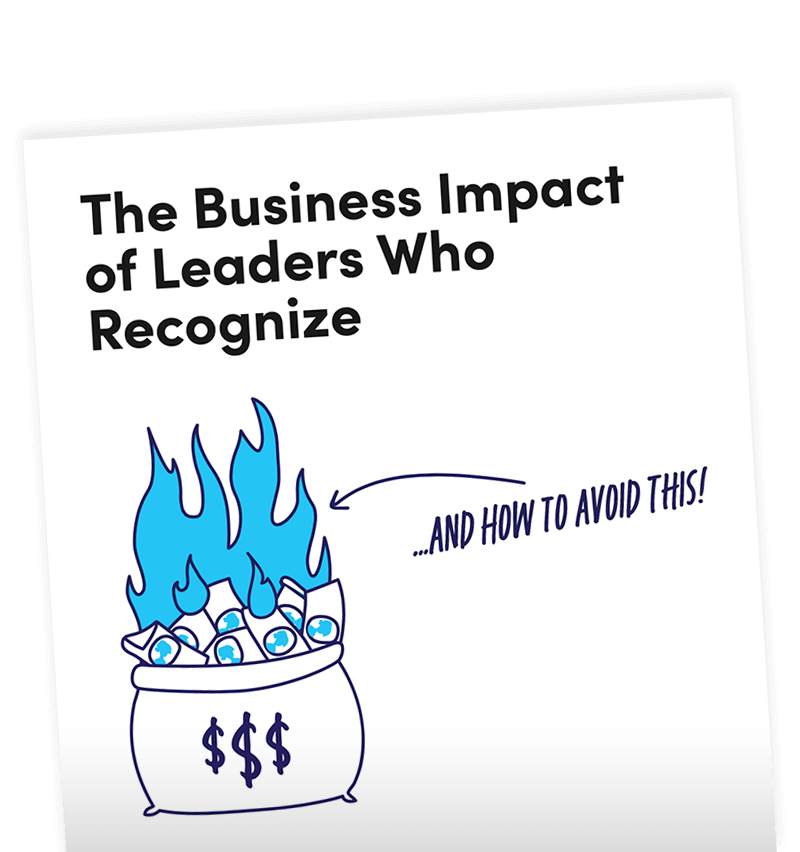 The Business Impact of Leaders Who Recognize

Let us help you reimagine recognition for your organization.